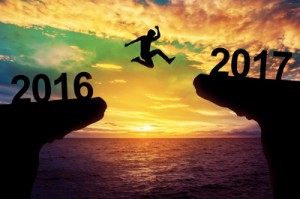 2016 will certainly go down in history as one of the most bizarre 12 months that we have witnessed in decades.

Perhaps the most notable effect is the loss of so many celebrities. Just as we reeled from the loss of David Bowie in January came the shock of Alan Rickman.

But the world was hit by other shocks throughout the year, with turmoil and scandal in politics. Britain left Europe via a democratic referendum. Which immediately prompted calls for another vote by those who didn’t accept the verdict of the first. It also led to the resignations of the prime minister, the leader of UKIP and Boris Johnson. Interestingly, more people googled Brexit after the referendum than before.

However, the backlash over Brexit soon paled into insignificance. As America took to the polls and we watched in growing disbelief as the new president was announced, a candidate with no previous political experience. His plans to seal off the United States from immigrants and build a rather large wall separating the US from Mexico are ambitious and yet to be confirmed.

In sport, Leicester City proved the theory of David and Goliath by winning the premiership. The majority of Russian athletes were banned from international competition thanks to a government-run drug campaign.

Rio hosted the Olympics and we saw world records smashed in track, pool and velodrome events. Double doubles and triple triples were finally achieved by Mo Farrah and Usain Bolt respectively. Although the stadiums were half full, the Games were heralded a success.

In show business, Cheryl hooked up with a lad from One Direction and allegedly is making babies. Angelina Jolie who has a lot of babies with Brad Pitt decided she didn’t really like him after all. Jennifer Aniston maintained a very dignified silence when the news of the split was revealed although we suspect the word karma hovered on her lips.

David Attenborough’s Planet Earth II drew in more young viewers than the X Factor, proving that as far as reality shows go, he is king. And Bob Dylan won the Nobel Prize for Literature but he wasn’t unduly impressed.

As 2016 draws to an end, the only thing left for us at AC Services (Southern) is to wish our loyal customers and others in catering businesses a very merry Christmas. And best wishes for a prosperous and profitable New Year.