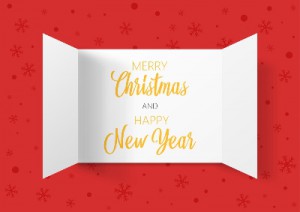 We began 2017 with global uncertainty and sadly, we end the year in the same environment. Donald Trump was inaugurated at the 45th President of the United States and the world speculated. In the ensuing months, unease grew, particularly as the war of words with North Korea escalated. Twitter however, relished his appointment: never has the social medium seen so much attention. Theresa May fared little better with the Brexit shenanigans but at least she kept away from social media!

2016 was the Year of the Grim Reaper, but 2017 also took a few great names, from Fats Domino and Tom Petty to Hugh Heffner, Roger Moore and Cheggers. The creator of Paddington, Michael Bond died within days of the screening of the second film of the world’s favourite bear.

New words and phrases were added to the dictionary. Complicit was named word of the year and fake news and Meghan Markle became familiar to all. However, convefe holds the record as the most puzzling and incomprehensible virally released word of 2017.

In the world of food, Forbes has just released the year’s best food and restaurant trends,  evaluated by an esteemed panel of culinary experts, which may find their way over the ocean to our shores.

This year’s trends are generalised around healthy eating, with emphasis on vegan and curative foods as well as sustainable practices. There is also a shift towards ethnic cooking, where second- and third-generation children of immigrant families are taking traditional ingredients and recipes into their own hands.

Activated charcoal powder has become favoured for two reasons: its benefits in detoxification and its ability to turn foods black. Black foods are “a social media darling, the Goth food answer to the recent rainbow and unicorn trend. It also helps that black food and drinks are very Instagrammable.”

Ashes and powders are increasingly being used mainly as relishes, decoration or taste. Various dehydrated substances (vegetables, meat, fruit etc.) are used to splash decoratively onto plates. They also enhance and intensify flavour.

Bring Back the Veg

Vegetables are making a mark in top cuisine with crudités becoming more sophisticated than just mange-tout and baby carrots. When combined with a healthy tasty dip, they have become extremely popular, as have exotic grains. The trend towards gluten free has seen the emergence of maranth, brown rice, buckwheat, millet, sorghum, teff, black and white quinoa, chia and flax seeds.

Finally, look out for zero-waste cooking. In the US, 40% of food goes to waste somewhere within the food chain. Increasingly, chefs and recipe writers are making a commitment to using all parts of the plant or animal to drastically cut down on waste.

All that is left is for us to wish you an extremely happy and safe Christmas with good company, good cheer and good food. If you need our services over the festive period, check out our opening times.  We will see you in the New Year.