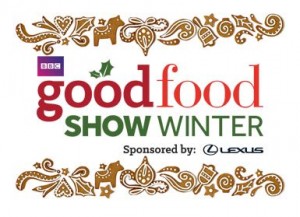 Friday 13th November saw the halls of Olympia open for the BBC Good Food Show  London,  which continued over the weekend.

The highlight of the Good Food Show Winter 2015 was always going to be the Supertheatre sponsored by Kenwood, where culinary experts such as Mary Berry, James Martin, Paul Hollywood and Michel Roux Jr performed their artistry to packed audiences. The live shows featured numerous top chefs showing off a range of tasty seasonal food and culinary inspirations.

Although the message was to showcase good food, the BBC Good Food Show concentrated on using humanely-reared meats, free-range chickens and eggs and sustainably-sourced fish and focused on economy and reduced food wastage. This was to show that excellent cuisine is not necessarily reliant upon costly and expensive ingredients but can be enjoyed and performed by all.

More About the Chefs

The Interview Stage sponsored by Lakeland also proved hugely popular, with audiences given the opportunity to find out more about their favourites chefs’ success. For example, long before the Great British Bake Off, Mary Berry had already enjoyed over four decades of cooking success, writing over 40 best-selling cookery books and becoming the food editor for Ideal Home magazine. Paul Hollywood originally trained as a sculptor before his father persuaded him to join the family business!

Also popular were the live demonstrations in the Winter Kitchen, where eager amateur cooks picked up plenty of tips for holiday season from Miriam Nice, Peter Sidwell and Le Cordon Bleu amongst others.

The Pop Up Restaurant Experience, promoted as “the ultimate celebration of gourmet food, the Pop-Up Restaurant Experience brings together a selection of restaurants.” Companies brought experiences from around the world, such as the Blue Elephant with its culinary culture and influences of Thailand, and Café Spice Namast, Cyrus and Pervin Todiwala’s iconic restaurant.

And for those obsessed with healthy eating, the Eat Well Pavilion provided a wealth of healthy food products and new ideas from companies such as Simplee Aloe Drinks, Riverford Organic Farms and the Wild Peanut.

As always, the Good Food Show Winter 2015 was extremely well attended and the range of services, advice and new products on display were better than ever.