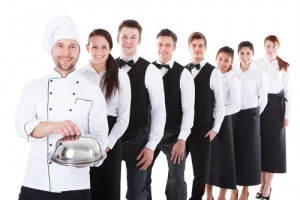 Leaving the EU is causing all sorts of speculation about labour implications and shortages and the hotel and hospitality industry is amongst the most concerned.

Recent research has suggested that the sector’s workforce could begin to drop by 2021. Given that the industry employs almost 10% of the entire UK workforce and since the economic crisis has grown its contribution to the economy faster than any other sector, it is a valid concern.

Currently, hospitality is the sixth largest contributor to export earnings and fourth largest employer, accounting for 4.49 million people or 10% of the workforce and over 180,000 businesses.

EU Workers and a Booming Market

The sector’s economic contribution could now decrease due to cost pressures from wages and business rates together with the labour squeeze. Figures show that around 65,000 hospitality staff come from EU workers. If this workforce is unavailable then labour productivity will cease to improve and will remain at 2016 levels. The report suggests a “1% fall in the number of people directly employed in the sector compared to 2016 to 3.17m, with the economic contribution the sector makes also starting to fall from its current level of £73bn.”

It’s not all bad news: the hotel industry has been booming . London is predicted to be at 80% occupancy by the end of the year, with average room prices reaching £142 and 8,000 new rooms in the pipeline. ‘Staycationers’ are being credited with a rise in regional travel, with more domestic visitors travelling around the UK.

To fill the potential labour force gap, plans are already in place. According to Ufi Ibrahim, Chief Executive of the British Hospitality Association, “over 700,000 Europeans work in hospitality and tourism and although we are determined to rely less on EU service workers over the coming years it will take time. The industry would need to recruit an additional 65,000 UK workers each year in addition to the ongoing recruitment of 200,000 workers to replace churn and to power growth.”

The BHA is calling for a detailed study by the Migration Advisory Committee on behalf of the government on the number of visas. This should cover “all strategically important sectors including hospitality and tourism, the fourth largest industry in the UK. Britain needs services workers as well as scientists and engineers.”

However, the Office for National Statistics reported an increase of 13.6% since last year in the number of 16-24 year-olds not in education, employment or training (NEET). This, according to the BHA is a labour force! And it’s not the only sector of society that has potential. “[Our] strategy focuses on three main sections of the populations – the unemployed, returners to the labour market such as older people, and the next generation. So far our industry has delivered 67,000 apprenticeships, work experiences, and career opportunities through the BHA’s Big Hospitality Conversation for Britain’s young people,” continues Ufi Ibrahim.

The hotel and hospitality industry offers a massive opportunity for those who are unemployed, looking to enter the workplace or who want a career change, from front of house to backroom staff to kitchen operatives. Calls for government to enhance and promote those opportunities are welcomed by all to ensure we have the hospitality staff we need.