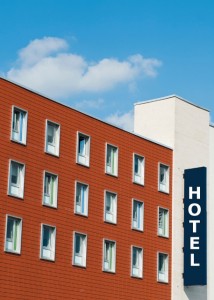 The unsteadiness created by Brexit and other external influences worked in the hotel industry’s favour at the beginning of 2017, with a record-breaking occupancy and room rate growth across UK hotels. Despite fears that this trend would diminish rapidly, news this week reveals that there’s still buoyancy in this market.

According to hotel data company STR, an influx of tourists from overseas and a boost in domestic tourism as overseas travel for UK residents became less affordable during the first half of 2017. This meant that hotels recorded a relatively flat occupancy increase 0.5%. The average room rate (ARR) and revenue per available room (revpar) were up by 3.6%.

Conference and banqueting was up 0.4%. But alarmingly for the industry, any growth was cancelled out by a 0.1% drop in food and beverage revenue.

So what must hoteliers do in 2018 to increase profitability? A recent conference (the 25th Master Innholders Annual General Managers’ Conference) made a few key suggestions.

Firstly, more young people should be encouraged into hospitality. Hoteliers were urged to spread the message that fulfilment and satisfaction in a job wasn’t always immediate. It came over time.  Similarly there was the potential for excellent rewards.

Tech-free time needed to be introduced into the hotel workplace to allow teams to build social skills and relationships.

In addition, the National Minimum Wage should be adhered to. The hospitality industry is being targeted by the taxman for not correctly paying staff. Six teams are now specifically devoted to the sector.

The Future is Green

However, one of the more interesting suggestions came from the food angle. It promotes focusing more on plant-based dining or as it is more commonly known, veganism. As an example, Selfridges has opened a vegan waffle bar and more hotels are urged to continue this trend.

New trends in food should also be adopted such as:

Selfridges was also singled out for praise for its ‘Wasted Event’, where chefs were challenged to create dishes from kitchen waste.

There is also good news for hotels with the merger of two main trade associations to “deliver a powerful new unified voice to support the dynamic hospitality sector to deliver its full growth potential”.

The BHA and the ALMR are to merge as UKHospitality, which will actively speak out for the UK’s third largest private sector employer. The new body will “champion the breadth of innovative and vibrant hospitality businesses across the UK, giving an authoritative voice to over 700 companies and 65,000 venues”.