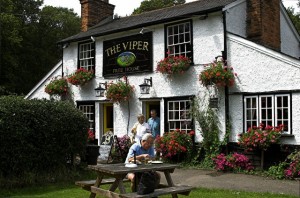 The great British pub industry has been suffering for many years, with numerous pubs closing every week, despite there now being more breweries in the UK since the 1930’s producing 11,000 beers from 1,700 breweries.

However, there may be good news for the industry as figures show that the rate of these closures is slowing down.

The first six months of 2015 saw 29 pubs closing per week but it has slowed to 27 in the latter half of the year. Encouragingly, small community pub closures have fallen from 26 a week to 20, but this still creates problems with deciding how to reuse the building or retain its history.

Wales is faring slightly better according to the Campaign for Real Ale (Camra), with only 11 pubs closing a week. Some political parties are planning to introduce measures to cut business rates and give local communities the right to bid to takeover closure-threatened pubs.

The decline has been blamed on rising beer duty, declining alcohol consumption, competition from supermarket alcohol prices and the general economic climate. Throw into the mix the rising prices of drinks and food, increasing rents and higher business rates and it’s no wonder that the industry is suffering.

Perhaps there is a lesson from coffee shops whose rise in numbers exceed the decline of pubs. Although beer is still the industry’s most important revenue stream, expected to contribute 33.2% of total revenue in 2015/16, preparing and serving food is holding steady in the marketplace and is viewed as a vital area for pub industry to regain momentum.

One area that has received attention recently is food waste (follow the link for WRAP’s helpful guide) Waste is a key issue for pubs representing a cost to the sector of £357 million annually. The cost for the average pub is £8,000 each year.

There is a way that pubs can reduce this figure, increase profits and remain competitive and that is by installing an oven that has superior performance, such as the Rational combi steamer. The SelfCookingCenter 5 Senses is the only intelligent combi steamer in the market, enabling up to 95% of the foods produced in professional and industrial kitchens to be prepared without any problem. The appliance allows all cooking methods to be used individually, successively, or combined in just one appliance. And this equates to less wastage as the various food is cooked at the same time. Less cost, less waste.

In addition, Rational has drawn on years of research and development to produce new models, such as the VarioSmoker, which extends the functionality of the combi oven to produce smoked food. The Cross and Stripe Grill Grate allows perfect steaks to be cooked in the oven, not in a pan or on a griddle and this appliance provides a healthier and more cost efficient way to cooking meat. Pub food has never had it so good!

By investing in a Rational oven, pub owners who serve food can save significant amounts of money and offer their customers an incentive to visit their premises. Pubs are no longer simply about the beer: a good, cost-efficient menu can turn around a struggling pub’s fortune.