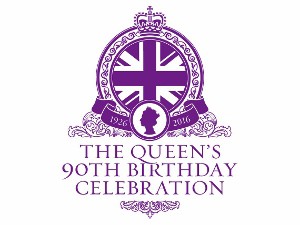 We are living in historic times under the longest rule of any British monarch ever. As the Queen chalks up another year, she has entered the record books alongside other memorable rulers.

The record is held by Sobhuza II of Swaziland who reigned for 82 years for 1899-1982. Louis XIV of France had a good innings of 72 years from 1643-1715.The only living monarch who has ruled longer than the Queen is Bhumibol Adulyadej of Thailand who has been in charge for 69 years.

On the other end of the scale, if you think back to your history lessons, you should be able to remember the one fact drummed into schoolkids for generations: Lady Jane Grey was the shortest living monarch, reigning for a mere nine days!

This month marks the Queen’s official birthday celebrations of her 90th birthday and the Southwest in particular has numerous events planned to celebrate. Gloucester has organised a street party in Kings Square on Saturday 11th June 2016. Lasting from 11am – 4pm, the city is hosting a range of festivities to which all residents of the city are invited. The emphasis is very much on family fun and there will be a range of free activities and entertainment including funfair style games, balloon modelling, face painting, a sand pit, arts and crafts workshops and lots more.

At 3pm on the same day, Gloucester Cathedral is hosting a Garden Party. The afternoon will feature a bespoke canape menu served in the Cloister Garth featuring local, home-grown British produce, as well as strawberries and a glass of champagne.

Cakes are very much on the menu too, with local children from Kingsholm Primary School taking part in ‘The Great Gloucester Cathedral Cake Competition’ to design a cake depicting their favourite part of the Cathedral.

IImjin Barracks in Innsworth is opening its doors to the public on Thursday 9 June 2016 with live music from military bands and a Spitfire fly past.

The historic Royal Agricultural University in Cirencester is open on Sunday 12 June 2016 where visitors can enjoy face painting, pony rides and a farmers’ market, with the event coinciding with the national street party taking place in London. Or pop over to Oxfordshire’s Blenheim Palace, where they will be hosting a special party featuring an array of food stalls.

Bristol Cathedral  will mark the Queen’s official birthday with a week of celebrations, beginning on Saturday 11 June. Over 30 Cathedral flower arrangers have designed and created special flower installations, all on the theme of The Queen’s Birthday.

And on Sunday 12 June, the Cathedral will hold a special Choral Eucharist in celebration of the Queen’s birthday, complete with trumpeters, and followed by a slice of cake and the Royal Toast. Children are invited to attend the service in fancy dress, with the theme of Kings and Queens.

However you are celebrating the Queen’s official birthday this weekend, let’s hope for sunshine and for all those outside caterers, make sure your appliances are clean and in full working order. If not, simply call us here at AC Services (Southern).