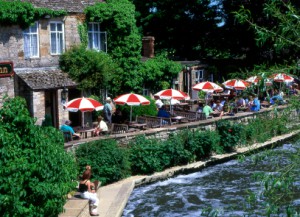 The news from the restaurant and pub sector is mixed this quarter. Currently the opening weekend of Euro 2016 has seen UK pub revenues increase 26%, with three of the home nations competing in France. The figures are in comparison with an average non-sporting weekend in June.

Unsurprisingly for a nation that hasn’t competed in a major football tournament since 1958, Wales saw the biggest increase, with pub sales up 41% on the 2015 average. Northern Ireland pubs also saw a significant 29% increase in sales, which is expected to increase as their win against the Ukraine excited fans to fever pitch!

The weather has also incentivised people to get out and about at the beginning of the month and if things go to plan, we may well have all three teams in the next round which is guaranteed to boost the profits in all pubs and restaurants around the UK.

Jacyn Heavens, founder of Epos Now, said: “Given that average takings for a summer weekend are typically high anyway, these increases underline the huge level of interest in Euro 2016…that highlight the tremendous power of live football as a revenue driver for pubs.”

However, dining figures are not so buoyant. Latest figures released by the Coffer Peach Business Tracker have revealed that collective like-for-like sales for the major casual-dining groups  were down 5.6% in May. This is in comparison to the same month 2015, and it marks the biggest fall in two years.

Peter Martin, vice-president of CGA Peach, said: “Overall, casual-dining chains suffered most, with collective like-for-likes down… while pub groups actually saw a 1% increase in same store sales for the month, driven mainly by drink-led outlets which were up 4.5%. It was definitely a tale of two markets last month.”

Reasons cited for the decline included a delayed school half-term break, which fell in June this year, against May last year and uncertainty caused by the EU referendum.

However, the sector is continuing to perform to the best of its ability and 27th June sees the Hurlingham Club hosting the The National Restaurant Awards, one of the most prestigious and eagerly anticipated events in the restaurant calendar.

A panel of countrywide industry experts will choose the 100 best restaurants in the UK. The awards recognise a range of food outlets, including tapas bars, steakhouses, French fine dining restaurants and neighbourhood bistros, as well as the UK’s best Italian, Spanish and Indian restaurants and the best gastropub.

The restaurant and pub sector is constantly competing to survive. A summer of sporting elitism with the football and the forthcoming Olympics is a welcome boost for the industry, and although there is a consensus of uncertainty as to the pros and cons of Brexit, the outcome is hoped to bring renewed activity in the hospitality business.