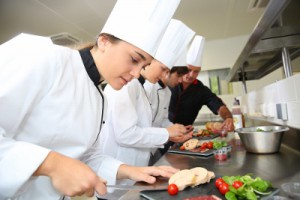 It’s back to school time in the UK.

Over 300,000 sixth form students collected their A-level results last month. Record numbers have been accepted onto university courses this year. So colleges and universities will soon be busy as well.

As far as subjects go, one subject has doubled its number of candidates over the past 10 years: further maths. The number of entrants has gone up by 110% since 2006, from 7,270 to 15,257. Modern foreign languages (French, German and Spanish) have continued to decline. The number of EU students placed at UK universities and colleges was also the highest on record, increasing to 26,800. It appears Brexit has something to do with these high numbers.

Back to the school situation. This year controversially, exam marking will be changed and O-levels brought back. This marks a major change to the education system in general. Now that it is compulsory that kids have to be either in full time education or get apprenticeships by the time they are 18, some experts are calling on schools and colleges to offer more skills-based subjects.

Marcus Mason, head of education and skills at the British Chambers of Commerce (BCC), warned that businesses are reporting “huge skills gaps” and said that the skills taught at school must “truly improve” young people’s employability.

Chris Keates, general secretary of the NASUWT teachers’ union, called on the Government to make sure that quality higher-level apprenticeships are available to those not continuing in higher education.

Which brings me to ask, whatever happened to old-fashioned home economics? Back in the day, even the most academically-challenged pupil came out of school knowing how to hem a pair of trousers and dish up a passable potato, cheese and onion pie! The aim of home economics was highlighted as follows: “teaching home economics in schools is to help to prepare boys and girls for some important aspects of everyday living and the adult responsibilities of family life.”

Sadly, GCSE home economics was abandoned in 2014 with the last exams for students in this subject taking place in 2017. The good news is that, in the meantime, the Government has developed a new GCSE, Food Preparation and Nutrition, which will be available for first teaching in September 2016.

According the Government, this two-unit specification will offer students “relevant skills and knowledge which are transferable to other settings, enhancing career opportunities and providing a satisfying course of study for candidates of various ages and from diverse backgrounds.”

This is one innovation that has to be welcomed in the context of its potential for apprenticeships. It answers the question of the lack of skills in practical subjects and provides an opportunity for those who recoil from traditional academic courses to learn a useful and potentially employable skill.

Cooking is a life-skill but as with any skill, there are those who will be better than others. The new GCSE introduced this academic year should be encouraged by as many schools and colleges as possible. This will encourage more young people to become familiar with food preparation from an early age. Which will ensure a future generation of trained and knowledgeable apprentice cooks and chefs when they make their choices at 16. This can only be good for catering businesses everywhere.