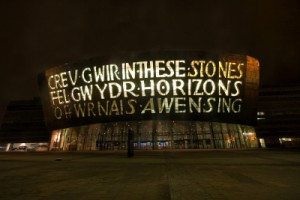 A little known fact about South Wales is that it is the most densely populated region in the southwest of the UK, containing nearly 75% of the Welsh population.

The region embraces the cities of Cardiff, Swansea and Newport with the Brecon Beacons national park covering about a third of South Wales. That’s the geography … now what happening in South Wales in the summer?

There is always plenty going on in South Wales, with the holiday season drawing hordes of visitors to the coast and August is jam-packed with events and occasions for everyone. From the 12 to 14 August, the Brecon Jazz Weekend 2016 is taking place with more than 20 concerts held at major venues in the town, namely Theatr Brycheiniog, Brecon Guildhall, Castle Hotel, Brecon Cathedral and The Muse. A veritable treat for jazz fans, the event will also feature a Food Feast and Brecon Farmers Market for anyone who gets peckish during the performances.

If it’s a big and diverse event you are looking for, head for Coopers Field, Cardiff on Saturday 13 August 2016 for the annual Pride Cymru. The Pride Cymru parade returns for a fifth year followed by a main stage line-up that includes the first ever PugFest Pride! The emphasis is on fun and enjoyment so there will be fairground rides, food and drink and an assortment of market stalls.

If you go down to the woods…

Fancy something a little more diverse? Then make your way to the Brecon Beacons between 18 and 21 August for the Green Man Festival. “Where mystical ley lines converge amid ancient Welsh oak trees, something magical is stirring” according to the website. So if you want to drink, make merry until dawn, then Green Man is the place to be. Or if you want to sample some excellent Welsh food, then this is also a good place to do it. From beefburgers to caviar and laverbread, there is a feast for all. The venue also promises crab meat burgers and mackerel masala dahl!

And keeping with the food theme, 20 August sees the Menai Seafood Festival taking place in Anglesey. The event is being held to “celebrate North Wales’s coastal heritage and the abundance of seafood and fish available around the shores of Anglesey”. There will be cooking demonstrations from acclaimed Welsh chefs as well as a local produce market. There will also be interactive educational activities including seafood safaris.

Being Wales, the summer itinerary has to have a sporting theme and so the 21st Golden Oldies World Rugby Festival is taking place between the 21 and 28 August in Cardiff. Billed as the most popular and longest-running veteran rugby tournament in the world, Golden Oldies is for all rugby teams and groups of mates over 35 who want to be involved in the world’s premier rugby event. Over 100 teams from 25 countries have already entered for the week-long celebration of rugby.

And finally, try something completely different or at least go along and watch the World Bogsnorkelling Championships on 28 August in Llanwrtyd Wells. The championship has been heralded by Lonely Planet as one of the top 50 “must do” things from around the world in 2014. The event attracts entrants from around the world and to accommodate all visitors, the town puts on a huge welcome with food and drink stalls, crafts, a bouncy castle, live music and a real ale and cider bar on the site.

So there’s plenty to do in South Wales this summer, and plenty of opportunities to taste some good solid Welsh food. Which is why AC Services is happy to support its South Wales clients keeping people fed whatever they do!