When the sales structures of Frima and Rational merged last year, the success of the venture was applauded by all.

Now 2018 has brought a new merger. This time the amalgamation of the two product lines of the Rational combi-steamers and Frima VarioCookingCenter® units under the umbrella Rational brand.

The move opens up the opportunity for the two products to be available to the market under one single roof. Customers are focusing more on seeking a complete solution for their kitchen requirements from a single, reliable and reputable source. This involves not only kitchen appliances but sustainability and optimum service solutions.

It was a natural progression for Rational to extend its relationship with Frima to combine the expertise and ability of their respective products to better address the market needs. By combining the SelfCookingCenter® and VarioCookingCenter® units, the most professional solutions to virtually all commercial cooking requirements can be met.

As Michael Fuchs, Chairman of the Frima Management Board, says, “the SelfCookingCenter® and the VarioCookingCenter® are a well-co-ordinated team when it comes to meeting the requirements of our customers’ modern kitchens.”

The aim of the amalgamation is to provide a faster and more accurate service to Rational customers.  CSO at Rational, Markus Paschmann explains. “Our principal objective is to continue inspiring our customers in a quick and straightforward way,” he comments. “Our customers in commercial kitchens are increasingly seeking appliances, complete solutions and top services to suit their exact requirements, in as a simple a way as possible, and from a single source.”

The customer will benefit from the combined expertise and knowledge of the Rational and Frima specialists. They will act as consultants for the two products, assessing the customers’ individual needs and matching them to the correct appliance solution. In addition, both companies will continue to improve technology within both product lines, which will continue to be developed jointly and produced in tandem at the same factories as before.

Here at AC Services (Southern), we welcome the merger as an example of the unique commitment that Rational has for the future success of its products, services and customers. We have trained engineers on all systems under the Rational brand. This move fits our dedication to provide the highest level of customer service at all times for those in the catering business. 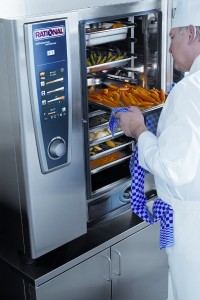 A question that has often puzzled me is when should preparing for Christmas really start? If we were in the USA then we would already be in the throes of Happy Holidays marketing. But in the UK there is the automatic groan when the first Christmas advert appears. Or the C-word is mentioned at a networking meeting.

An enforced watching of daytime television last week, revealed that already it is not only DFS encouraging you to order now in time for Christmas, but there is an advert for Christmas 2018. Clearly it is never too early to start planning!

All families and most businesses have traditions around Christmas and New Year. Whether that is the day off for Mum with Christmas dinner in a restaurant or the Boxing Day walk and trip to the pub.

For businesses it’s party season. Or the insistence that Christmas Eve is a half day even though no work is done. Of course this year as the 24th is a Sunday that tradition does not apply!

In some ways the Americans are right. The last week of December and turn of the year is all about partying, feasting and holidaying. Of course the early Christian Romans beat the Americans to it when they chose the 25th December as the day to celebrate. As this was the time of the pagan revelry of Saturnalia and the festival of Sol Invicta (the Unconquered Sun), it was an easy transfer.

So what’s this to do with Rational, Frima and AC Services?

Sol Invicta celebrated that the winter solstice had passed. By 25th December, it is usually possible to see the days once again drawing out. By January 1st it is clear this is happening, so we can look forward to future harvests and eat and drink what we have.

AC Services Southern has fallen into the tradition of highlighting to owners of Rational ovens and Frima vario-cooking centres that early October is the time to prepare for the feasting season before it’s too late. Whether that’s because the autumn equinox has passed and the days are clearly shorter, we don’t know!

But now is the time to plan to have your ovens serviced to avoid disasters on the big days. Remember, remember preventative maintenance is almost always cheaper than breakdown catering disaster.

So there is no better time to book a service for your Rational oven in time for Christmas! Why not also order your cleaning products now and avoid the impending price increases?

AC Services (Southern) are more than happy to help. We offer a range of packages to suit any budget for service. Our aim is to help you take some of the stress out of December. If you own a Rational oven in South, South West England and South Wales, we are the local cost effective provider of all your Rational oven and Frima vario-cooking centre service needs. 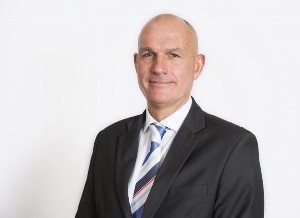 From 23rd to 25th January 2017 RATIONAL UK will be exhibiting at the Great Hospitality Show at the NEC in Birmingham.

As usual it is a great opportunity to see what’s new and to meet the RATIONAL Head Office Team led by MD Simon Lohse pictured left.

Since 1973 RATIONAL has secured successful  relationships with many countries around the world. The group is the world market and technology leader in the field of hot food preparation for professional kitchens, employing more than 850 people in Germany and a total of over 1,600 worldwide.

RATIONAL has been listed in the Prime Standard of the Frankfurt Stock Exchange since its IPO in 2000, and is currently included in the MDAX.

According to RATIONAL UK’s managing director, Simon Lohse, the new relationship being unveiled now is about to improve customer benefits for both RATIONAL and its sister company FRIMA.

From January 1 2017, FRIMA activities will be integrated in the local RATIONAL organisation enabling faster penetration of the market and offering existing customers more comprehensive after sales services and local partners better support locally for the FRIMA products.

Says Mr. Lohse, “this is an exciting change taking place within the RATIONAL group joining together two leading and knowledgeable expert sales teams, delivering maximum customer benefit to our partners.”

FRIMA is part of the RATIONAL Group and with more than 22,000 units installed in Europe alone; it is the undisputed market leader in multifunctional cooking equipment. Its patents include the VarioCooking Center® which is already on an exemplary road to success in the UK due to its unique customer benefits. Energy savings of up to 40% compared to conventional technology can be achieved thanks to the patented heating technology and the built-in cooking intelligence.

Under the new arrangement, specialised sales staff for RATIONAL and FRIMA will have joint access to the local RATIONAL support functions such as application consulting, technical service and customer service. For customers and partners, there will be competent local points of contact for both segments of the RATIONAL Group without any change to the market presence.

At AC Services, we are delighted with the new arrangement which consolidates RATIONAL’s intention to provide the highest level of customer care across the board. MD, Helen Hagger is confident of the move.

“It goes to show that despite uncertainty about domestic economic, some organisations such as Rational and Frima have proven that intelligent partnerships can be achieved successfully and to the benefit of the economy as a whole,” she comments. 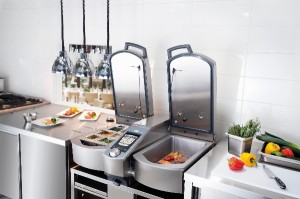 FRIMA began life in France in 1938. In 1985 the company produced the FRIMAX®, the first multifunctional cooking appliance based on contact heat. Building on the success of the quality of its products and the advanced technology employed in their manufacture, in 2014 FRIMA installed its 15,000th VarioCooking Center® , demonstrating the popularity of the range to an international market.

In 1992 FRIMA joined Rational and today the emphasis is still firmly focussed on excellence in the cooking arena.

In 2008 the FRIMA UK sales team was established and, in the same year, A C Services became a service partner with the company.

According to FRIMA UK MD, Graham Kille, the future is bright indeed for the London-based company, which has seen a 50% increase in sales in the past year. “We are growing rapidly, with a sales team of five, which we are expecting to expand,” he comments. “The UK is catching on to the fact that a multifunctional kitchen is the way forward in all sectors, and that the VarioCooking Center can enhance cooking results.”

Using VarioCooking Control®, the appliance’s built-in cooking intelligence, daily work is simplified and time-consuming routine chores, such as constant monitoring of the food and temperature adjustments, are eliminated. Boiling, frying and deep frying takes place all in one unit, up to four times as fast and with 40% less power consumption. As the company’s website says, “The cooking process is always matched to the food, however big or small the item, and however many portions!”

FRIMA has a wide range of clients, from primary schools to sports stadiums to Michelin starred restaurants. Currently the most successful sector is in education. “Schools and colleges have really taken on board the value of the VarioCooking Center experience,” he continues. “For example, the cost efficiency is up there alongside energy efficiency: why buy a separate chip fryer when the VarioCooking Center has one included?”

Pioneering modern cooking technology and energy efficiency is FRIMA’s aim. “It’s all about embracing smaller footprints in the kitchen, as well as reducing energy consumption,” explains Graham. “And there is a growing realisation that there is no better way to do this than with a VarioCooking Center.”

FRIMA offers live cooking demonstrations across the UK to present and road test the equipment. The company also offers a free four week trial, in customers’ own kitchens, so they can see for themselves what a difference a FRIMA appliance can make.

At AC Services we are delighted to be partnering FRIMA as a service partner and helping the company to grow. Like an increasing number of UK chefs, we believe the VarioCooking Center offers the most advanced, efficient and cost effective way to reduce the carbon footprint in the kitchen, while enhancing the quality of the food.