As an authorised Rational Service and Spares Partner, AC Services Southern repairs and maintains the complete range of Rational units. This includes the VarioCookingCenter previously sold under the Frima brand. So this week we’re focusing on that as one of the units we service for clients across South West England and South Wales.

Rational’s VarioCookingCenter® is the ideal multi-functional appliance for any kitchen because it can do a multitude of cooking tasks at the same time. The beauty of the appliance is the value it offers – savings in time, cost, speed and ultimately, profits.

The VarioCookingCenter® is suitable for any catering requirements, from small caterers to high-end restaurants. With over 95% efficiency, it cooks up to four times faster than conventional appliances. And uses up to 40% less power consumption.

Moreover, it has cooking versatility, letting you cook several different dishes quickly at the same time. The multi-functional cooking technology lets you bake, boil, roast, toast, braise, deep fry and a host of other cooking techniques. So if you are serving a full English breakfast; you can serve up the fried bacon, boiled eggs, sautéed tomatoes and toast all at the same time.

The appliance also offers a pressure-cooking feature, enabling the reduction of cooking times for a range of dishes. Times for soups, stews, casseroles and braised dishes can be cut by 30% without compromising taste or quality. The built-in cooking intelligence VarioCookingControl® ensures the desired cooking level is achieved precisely.

Another major benefit of the VarioCookingCenter is its space-saving value. If you are tight on space, then this system is the perfect solution. It has an integrated water outlet which allows draining without any movement to the pan. This prevents scalding and allows the appliance to be installed without a floor channel drain. Furthermore, because nothing sticks or overcooks, cleaning time is minimised.

The appliance has been designed by experts using intensive R&D, testing and analysis to attain the optimum cooking intelligence. As a result, the VarioCookingCenter works day and night with minimal monitoring or checking required. Because the appliance sensitively regulates the temperature at the touch of a button, you get a perfect cooking result the next morning. This is a major boost for larger cuts of meat that need overnight boiling like ham or cured pork, beef and brisket.

The VarioCookingCenter is a sustainable and holistic approach to everyday cooking designed for resource savings using the very latest technology. Contact us here at AC Services (Southern) for more details if you need it serviced or maintained on 01454 322 222.

If you’d like to buy one, contact Rational UK or attend a local cooklive demonstration to see its suitability for your business.

The summer has arrived in style, crowning the England cricket team champions of the world in what must be the most nerve-racking and exciting sporting final ever broadcast. The subsequent celebrations involved food and drink galore, which leads nicely on to our latest regional round-up of all things to be eaten and drunk.

First, keep an eye on social media as Cardiff is getting ready to host its month-long street food celebration with the Summer Feastival returning for summer 2019. Last year, a host of street food traders took over Sophia Gardens. This year, it will be held at City Hall Lawns from Saturday, August 10 until Sunday, September 8. It’s free entry to the festival featuring a changing line-up of different street food traders from across Wales and the South West. A stage will feature live music performances.

In the year ending March 2019, HMRC has reported that businesses in the South West exported more than £850m of locally produced food and drink with a surge in trading with Singapore, growing by 31%. Overseas sales of drinks from this region showed the largest growth over the period, increasing by 17% to reach more than £134m. Food Minister David Rutley said, “it is fantastic to see the growing appetite for the South West’s quality produce in markets such as France, Spain and Singapore.” In the first three months of 2019 the nation’s food and drink exports were £5.7B.

There’s a new scheme taking place in Bristol this summer. Some of city’s restaurants and cafes are serving green-inspired dishes to support food redistribution charity, FareShare South West’s #ActiveAteBristol campaign. The campaign’s aim for 2019 is to provide over 40,000 meals to children at projects and holiday clubs throughout Bristol during the long summer holidays.

School food support stops in the holidays and the charity wants all children to eat properly over the six-week break. By ordering a dish inspired by the green in FareShare’s logo at a partaking cafe or restaurant; a donation will be made to FareShare South West. The scheme runs from July 19 to September 1.

The Development Bank of Wales attended the Royal Welsh Show last week, Europe’s largest agricultural show. The Development Bank has a range of funds available to help all sectors including farming, tourism, retail, and food and drink. The fund’s key aim is to finance tourism projects, which have the opportunity to create positive impact on growing the sector and Welsh economy. In the last financial year the Development Bank supported Welsh businesses with 220 micro loans.

The show saw Welsh food and drink business support programme, Cywain, celebrating a decade of nurturing talent in the sector by showcasing some of the new enterprises. Cywain guides and encourages small food and drink businesses. Support is achieved through packages of business support targeted to individual requirements. These include expert advice and mentoring, product development, networking, clustering, and test trading and market opportunities.

At AC Services our new Engineer Steve Miles joined us in March and attended Rational’s 3 Day training in Luton in April. He continued his side-by-side training with our two Senior engineers and is now out in his own van helping customers.

Helen commented: “Steve is doing extremely well helping our full range of customers big and small, old and new with their Rational oven breakdowns, service and installations. It is great to have him in our team” 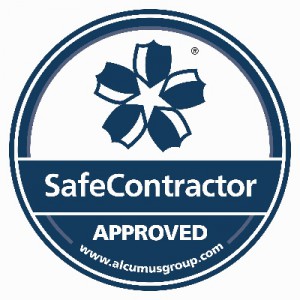 AC Services (Southern) has again received the SafeContractor accreditation. This seal of approval is issued by Alcumus and is testament to the company’s health and safety arrangements, policies and qualifications of contractors. This third party accreditation scheme confirms a company’s competency in the practice of health and safety.

AC Services received the accreditation following a stringent vetting process which examined all health and safety procedures and their track record for safe practice. It is used by thousands of organisations in the UK including SMEs and FTSE 100 companies.

Indeed there are a further 300 nationwide businesses, from several key industries, who have signed up for a separate scheme to select only accredited contractors for services including building, cleaning, maintenance, refurbishment or electrical and mechanical work.

AC Services will continue to use the SafeContractor seal of approval on their documentation and marketing material and will be included on the SafeContractor website, accessible only to registered users and signed up client organisations, enabling them to choose a potential accredited contractor.

Gemma Archibald, Director of Alcumus SafeContractor said: “Major organisations simply cannot afford to run the risk of employing contractors who are not able to prove that they have sound health and safety policies in place. More companies need to understand the importance of adopting good risk management in the way that AC Services has done. The firm’s high standard has set an example which hopefully will be followed by other companies within the sector.”

Helen Hagger, MD of AC Services is delighted but not surprised at the accreditation. “We take health and safety extremely seriously and our organisation has adhered to the highest standards both in the office and in the field when we service our clients. We are proud to consistently employ best practice in our operations and the SafeContractors seal of approval is testament to this.” It always surprises us how many pubs, restaurants and catering businesses, who care passionately about the food they serve, and go to great lengths to source the very best ingredients they can, will take the most surprising shortcuts when investing in new equipment. Take Rational ovens, for example. Probably the best professional oven a chef could buy – and certainly a major capital investment which requires kitchen owners to plan ahead when making this major purchase.

And it’s not just a matter of safety. A Rational oven, indeed any professional oven that has not been installed correctly, could bring your kitchen to a halt at any time.

Installing a professional oven is not just a matter of checking to see if it fits and shoe-horning it in as you would a home cooker. Rational ovens, for example, are designed to meet very exacting national and international energy, water and safety standards and many of these are conditional upon the installation being carried out to the manufacturer’s specification.

If you are thinking of investing in a Rational oven, your first step should be to attend one of Rational’s CookingLive demonstrations – these are held regularly throughout the country and you will get to see exactly what one of Rational’s latest SelfCookingCenter® whitefficiency® ovens can do in the hands of one of Rational’s Master chefs.

If you’ve decided to invest, then the Rational Development Chef will put you in contact with a Rational dealer who will arrange for your nearest Rational Service Partner (AC Services if you are based in the South, South West England or South Wales) to carry out a site survey.

We will not only look at where the oven can be fitted but also check the access to make sure you can get it there in the first place. We will review electricity, gas and water and waste as well as the optimum space requirements for the oven – bearing in mind that it has to be accessible for maintenance. Ventilation is also vitally important and just as tightly controlled by regulations.

Once the survey is complete, we will liaise with you and your supplier to co-ordinate the delivery and installation and, once it’s all up and running, we’ll even take you through a product familiarisation session so you can start using your new Rational oven straight away.