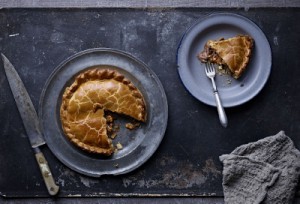 Mr Jon Thorner has been making pies for over a decade and having been in the meat industry since 1979, it’s no surprise that his pies are always amongst the best in the South West of England.

Today they win a number of awards for their pies, which are available in a range of sizes and flavours from traditional steak and ale or kidney to the more exotic Bombay chicken or Chinese duck and cherry.

Jon Thorner’s Bridge Farm Shop in Pylle, Shepton Mallet produces thousands of both savoury and sweet products every week from the kitchens.

Head chef, John Emery is in charge of the kitchens and his saving grace is his ovens, two Rational models both of which he swears by. “We bought the first 11 years ago then as the business expanded and demand for our products became greater, we invested in a second model four years later,” he explains.

He readily admits that without them, the shop would not be able to maintain the output: currently they are used 24 hours a day, six days a week. “We only close them down on Friday until Saturday morning, when they are cleaned and made ready for the next shift,” continues John.

A local of Somerset and with a background in farming and butchery, Jon Thorner’s legacy began by providing quality locally sourced meat and since 1979, the shop has grown exponentially to produce pies, quiches, savouries, ready meals, desserts and cakes. Each pie is still hand crimped and individually filled and the awards have flooded in, with accolades from Great Taste, British Pie Awards, Taste of the West and Smithfield Awards. 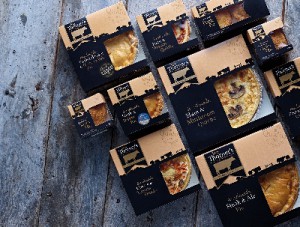 Quality and provenance are the key words when it comes to sourcing the meat, with the company only using certified West Country beef, English free range pork and British poultry, and whenever possible, sourced locally. Many of the suppliers to the Bridge Farm Shop are located within 10 miles of the shop. It doesn’t get more local than that! The company also offers pre-packed meat as well as ready meals, most of which are cooked on the Rational ovens.

“The most important element in kitchen equipment is reliability,” says John. “We have an arrangement with AC Services (Southern) to have the ovens serviced on an annual basis. We also have a contract for ad hoc services, which means if anything goes wrong unexpectedly, then an engineer will be dispatched immediately to help us. To be honest, there is little need for this service, but we have encountered slight problems with limescale-related issues that the engineers have been able to sort straight away.”

The Bridge Farm Shop has an enviable reputation and maintaining the quality of the food is paramount. “Whether we are baking pies or quiches or cakes, the Rational ovens provide perfect results every time and we fully expect them to continue to the same standard in years to come,” concludes John.