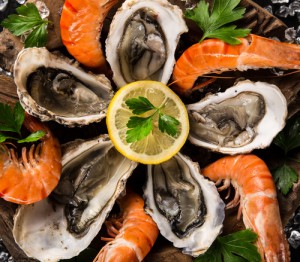 Summer is officially here and thoughts turn to holidays and food festivals. Every year, a hearty percentage of us brave the M5 and head south. This year will be no different and now is the time to be looking at alternative events to whet our appetites and possibly new suppliers of local food.

One event that should not be missed is the Clovelly lobster and crab feast, which celebrates the crustaceans sustainably caught by its fishermen and combines it with a great day out for all the family. The event will feature a variety of crab and lobster dishes cooked on the quay together with live folk music, chef cookery demonstrations, a prize draw for a magnum of champagne, local food and craft stalls, including plenty of freshly cooked lobsters and crabs, and beer tasting. There will also be entertainment in the form of street theatre, walkabout magic, balloon modelling and event-themed craft activities provided by The National Trust.

At the end of the event, baby lobsters will be released into Clovelly Bay in aid of the National Lobster Hatchery, Padstow whose lobster restocking project allows local fishermen bring pregnant female lobsters to the hatchery where their offspring are raised in captivity without predators. These young lobsters are raised to a size where they can be released back into the sea and look after themselves.

Even further south is the 2016 Liskeard & District Agricultural Show  taking place on Saturday 9th July 2016 at The Showground, Merrymeet. One of the biggest events of its kind in the South West, there is plenty for everyone to see and do with the emphasis firmly on animals and a whole variety of fruit and vegetables.

If you are looking for something to end the summer with, try the Plymouth Seafood Festival which every year brings the area around The Barbican and Sutton Harbour alive with entertainment, activities and dishes. Plymouth is proud to be the first city in the world to be awarded the Fish2Fork Blue City status for its commitment to sourcing sustainable fish and will be celebrating its fishing heritage from 24 September 2016 – 25 September 2016.

A new event has been added to the calendar in Teignmough. Taste of the Teign is a new Estuary and Food Festival celebrating the provenance and local flavours of the Teign River Estuary and the event will last a week, from 19-25 September 2016. Local restaurants and cafes will feature special menus based on foods available from the Teign estuary and its environs. There will also be demonstrations including being shown how to shell and dress crab, to pressing your own apples to make cider.

There are too many food festivals to list individually across our region such as the Shaftesbury Super Sunday every 3rd Sunday; Bristol Multi and Thai Cultural Food 30-31st July; or later in the year Sturminster Newton Cheese 10-11th September and the Forest Showcase 2nd October.

Wherever you decide to go, enjoy the great food that producers around Britain have to offer and consider how you can offer more to support local producers. If you are catering at a food festival, don’t forget to check your appliance and equipment to make sure nothing goes wrong on the day.