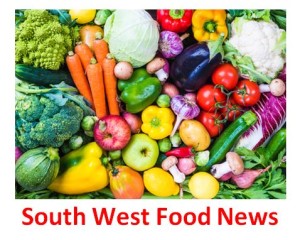 In the week following the wedding of the year, food has yet again been making the headlines. Eggs in particular seem to be popular with experts, via the food news media, urging people to eat at least one egg a day to stave off disease.

A study of nearly half a million people in China suggests a daily egg may reduce the risk of heart disease and strokes. Eggs contain high levels of protein, Vitamins A, D, B and B12, as well as lutein and zeaxanthin that can help prevent eye damage in old age. So egg consumption is the key according to some experts.

This is good news for the egg industry following decades of concern including cholesterol fears and salmonella. Not to mention Edwina Curry. Indeed, the British Heart Foundation has now dropped its advice to limit egg consumption to three a week.

Also in the news, Tesco is removing “best before” labels  from about 70 of its fresh produce lines to reduce waste. These include apples, potatoes, tomatoes, lemons, other citrus fruit and onions. Best before labels mean that the food can be sold, redistributed and safely consumed after this date.

Instead, “use by” dates will be shown. This label means that food cannot be sold, redistributed or consumed after this date. The hope is that this will make easier for consumers to know when to discard food.

There is much happening in the south west, where festival season is kicking off. Vegfest took place over the Bank Holiday weekend with great food and great music. Bristol played host to Europe’s biggest vegetarian and vegan event with hundreds of stalls selling their wares. As well as ethical and vegan friendly food, the event also involved comedy shows, cooking demos, a cinema, informative talks on health and nutrition and kid’s workshops (featuring Captain James Tea Cook).

And the Clovelly Seaweed Festival made its second annual appearance to introduce us to the wonderful world of seaweed. Chef demonstrations and a surprising variety of dishes are mixed with live music. It includes an exhibition by the Marine Biological Association titled ‘Amazing World of Algae’.

There’s still time to arrange a visit to the Ottery St Mary Food and Families Festival,  taking place on 2 June. Usually associated with burning barrels, the town is hosting the event which is now in its fourth year. “A passion for local produce and community links the founders of the festival.”

The following weekend, 9 and 10 June sees the Cheese & Chilli Festival being held in Christchurch, Dorset. Visitors can look forward to buying local cheeses and chillies of all strengths and listening to informative talks about these two foods. And then enjoying live music and joining in activities such as free circus skills workshops, magic shows and balloon-building sessions.

And in AC Services Southern news, Denise our new Service Administrator has settled in well having started on 9 April. Carolyn is also enjoying her move from Service to Accounts Administration.