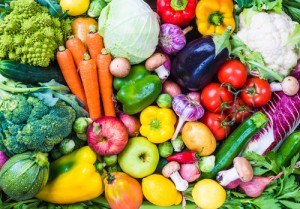 Nobody enjoys bad weather. We have experienced storms, snow and gales over the past month and for the majority of people, spring cannot come soon enough. However, spare a thought for the farmers and importers of fruit and vegetables not only in the UK but all over the world.

According to a recent report from the BBC, bad weather including flooding, poor light levels and cold has created a ‘perfect storm’ of poor growing conditions.

Heavy rainfall in Spain’s south-eastern Murcia region has led to intense flooding. Italy has experienced extreme cold weather. The combined result is a number of field crops such as peppers, aubergines, lettuce, courgette and broccoli failing!

Putting this into context, Murcia is estimated to supply about 80% of Europe’s fresh produce during the winter months. With the heaviest rainfall in 30 years, this now threatens its production ability. Hence supermarket shortages of lettuce and courgettes.

“The situation has got so bad that some fruit and vegetables suppliers have taken to importing lettuces from the US, a development that up until now has been pretty much unheard of,” said Nationwide Produce food marketing company managing director, Mr O’Malley. He continues saying that both the price and availability of vegetable crops is likely to be affected, with poor planting conditions meaning that some crops planted before Christmas for harvest in 2017 are also likely to suffer.

According to the report, “the yield of courgettes, aubergines, tomatoes, broccoli and peppers from Spain are down by about 25%, while prices had risen between 25% and 40%”.

This is particularly worrying for Britain which imports 50% of its vegetables and 90% of its fruit. In 2015, the UK exported £18 billion worth of food and drink, which is dwarfed by the £38.5 billion it spent on importing food and drink.

So what can the UK do in terms of damage limitation? We have already realised that prices have risen after Brexit: whether temporarily or permanently is yet to be determined.

Tony Howard works for a large independent fruit and vegetable wholesaler and cites tomatoes from the Netherlands as an example. “Before Brexit the average price of a box of tomatoes was around £4 and now it is around £6,” he says.”We try to work for a gross profit of around 10%. Secondary wholesalers and catering people have to work for a larger margin because they don’t do the volume that we do. So by the time it gets to somebody’s plate that box of tomatoes could cost £10.”

Do we invest in technology, such as in Japan, where the world’s first entirely automated lettuce farm is due for launch next year? We already have driverless tractors following pre-programmed routes and drones over fields assessing crop health and soil conditions. The Hands Free Hectare project in Shropshire is attempting to farm a field without a human setting foot in it at all.

Or do we capitalise on the shortcomings and adapt the cost and the choice of menus to reflect more seasonal, more local produce? Can local market gardens re-emerge with greater crop offerings?

It appears that to divert a crisis, UK food growers need to come together to devise a solution. The market is already changing regardless of the weather so this must be seized upon as an opportunity to change methods.

A Sliver of Sunshine?

Not all is doom and gloom however. The British Retail Consortium (BRC) states that 75% of fresh food sold in UK stores is raised or grown in the UK. UK supermarkets also sell 75% of the organic food bought in the UK, compared with the 1.7% sold in farmers’ markets.