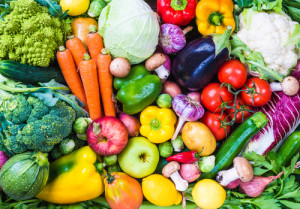 We may moan about the cost of living and in particular, the cost of food but a report commissioned from data research company Euromonitor shows that in the UK, in fact, we are better off than most of the world.

On average, Britons spend 8% of their total household expenditure on food eaten at home. Only America and Singapore spend less. In context, Nigerians spend 59% of their household budget on food to be eaten at home with Greeks spending 16%.

What is more, UK food consumption is the cheapest in Western Europe at 8% less than the EU average. We are spending less on food than our grandparents ever did! While housing and leisure costs have doubled in the past 60 years, the amount of household income spent on food has more than halved.

Why is this? There are many reasons, notably technology, loyalty and discounters.

Constantly advancing technology has led to food production becoming more efficient with the mechanisation of farming and speeding up of production. Transportation, storage and distribution have also improved considerably. UK trade between other countries also plays a major role. The UK currently imports about half of all its food simply because it works out cheaper to do it that way.

Nowadays, people shop around. There is very little loyalty to brands or stores and large weekly shops have given way to more frequent shopping. Discounters such as Aldi and Lidl and Jack’s are also key to the shopping routine. The former two stores have 13% of the UK’s grocery market.

Are there any threats to this state of affairs? Of course there are. The weather is a variable as always. Take 2018 as a classic example. Huge storms (remember the Beast from the East?) followed by a summer of scorching heat have wreaked havoc on crops with increased prices in supermarkets. For example, between March and July the wholesale cost of carrots rose by 80% and wheat by 20%.

Then there is the reliance on imported food. Here we must mention Brexit which has already caused the fall of the pound against the euro and the dollar, and trade disputes. Marmitegate led to Tesco temporarily dropping Unilever products when the manufacturer increased its prices. An update on the sales of Vegemite over this period is currently not available.

According to Lord Price, Conservative trade minister, a no-deal Brexit will lead to “a pretty significant increase in the cost of fruit and veg, the cost of meat and the cost of dairy products“. We will see.

Finally, our global tastes and habits are changing. There is much more demand for fresh produce rather than processed food. The vegetarian/vegan movement is extremely popular and there are more calls for organic food. Countries like China (a massive population) are becoming more affluent and making different choices when it comes to food.

It seems that the low cost of food in the UK may not be long lasting. Manufacturers and food producers will have to keep their eyes and ears open. They will need to be amenable to diversification and innovation to keep prices as low as possible through the coming uncertainty of variables such as Brexit and the weather.