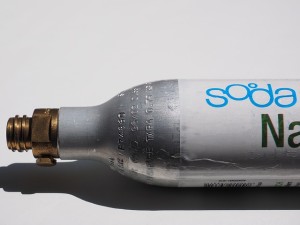 This summer has thrown up a few curve balls in football etiquette. We are experiencing new behavioural patterns. Such as how to react to England winning their opening matches and Germany being knocked out by a nation not exactly famed for its prowess on the football field. However, true to British tradition, there is always one constant in football to turn to – beer!

But it appears that the unthinkable is happening – we are running out of the fizzy stuff. It sounds like a spoof headline, an internet scam, FAKE NEWS. But we are far from April 1st and the truth is that Europe is suffering a CO2 shortage which is causing unfathomable consternation: the rationing of beer and cider.

It’s endemic. From the big drinks companies to the small bottling firms, the effect is being felt across the country. Heineken’s John Smith’s Extra Smooth and Amstel are hit, Tesco-owned Booker has started rationing customers to ten cases of beer.

The Ei Group, Britain’s biggest pub operator, said some beer brands were in short supply or not available. In possibly the most understated quote of all time, Brigid Simmonds, head of the British Beer and Pub Association (BBPA), said the timing was “unfortunate”.

How can there be a CO2 shortage?

Carbon dioxide is a by-product of the ammonia producing process for use in fertilisers. Other sources are bio-ethanol plants. It puts the fizz into beer, cider and soft drinks, and is used in food packaging to extend the shelf life of salads, fresh meat and poultry.

It also serves other purposes, such as being the most humane way to stun pigs and chickens before slaughter. Or to create dry ice, another product extensively used in the food industry to help keeps things chilled in transit.

What has happened recently is that some of the major mainland European fertiliser plants have closed down for routine maintenance. Here in the UK, only two of five plants that supply CO2 are fully operational.

Because peak consumption for fertiliser is the winter months, chemical companies have traditionally scaled back production towards summer. There is also the question of the low cost of ammonia at present which de-incentivises producers to restart production quickly.

The whole of Europe has been hit. But because the UK relies heavily on imports from the continent, we are the hardest hit.

And it’s not just beer, livestock is at risk, in particular pigs. Scotland’s biggest abattoir QPL has been forced to halt operations when it ran out of CO2 used to stun the animals before slaughter. Andy McGowan, chief executive of Scottish Pig Producers, said: “we’re pretty dismayed. The top priority is animal welfare – we will not have ourselves in a situation where the welfare is suffering.” Poultry slaughterhouses have already called for priority supplies when more CO2 comes onto the market.

It is not known how long the CO2 shortage will last. The government has admitted that it can do nothing to help as the issue is purely industry led. So savvy pubs and clubs are ordering in more stocks of real ale and promotions are being hastily put together with other alcohol beverage suppliers.

Let’s look on the bright side: we’re still in the World Cup, Germany are out (worth mentioning again), the sun is shining…beer and sausages are not too much to ask for, are they?