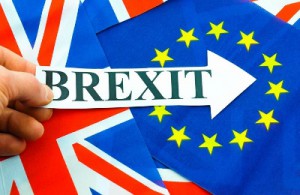 There is no getting away from the fact that Brexit has brought the British pound  to a low. It is the lowest in fact for 31 years. Although this is good news for manufacturing, tourism and exports, it is not so good for an imported product as it leads to a price increase.

Of wider importance this week is the negotiations that the British government can manage regarding access to the EU. And the move announced by the Prime Minister is sending the Opposition up in arms. Mrs May has decided to hold a late-night Commons vote this week to secure for the Government, the authority to use so-called “Henry VIII powers” to hustle in new laws behind the backs of MPs. It’s not gone down too well!

Off With Their Heads!

“This is an unprecedented power grab by a minority government that lost its moral authority as well as its majority at the general election,” said Valerie Vaz, Labour’s Shadow Commons Leader.  Just one of many similar outraged comments on the move.

This is important for catering businesses because among the issues expected to be voted on are those that affect the food industry, including protection for British workers and consumers, and environmental standards. This is part of a move towards getting some financial stability back although it may be a long wait.

So, back in the real world, businesses are trying to accommodate the weakness of the pound in their daily operations. Here at AC Services (Southern) we are doing the same. Rational has announced they’re increasing the price of cleaning products by c5% on 1st December. This follows the currency movements of the pound and the euro. The falling exchange rate makes our goods more competitive overseas, but it also raises our costs.

We understand that a price increase is unpopular. So we have decided that we are not passing this price increase on for cleaning products ordered by 20th December and despatched in 2017. This gives you an extra month at today’s prices if stock is available.

This excludes the water filters which are made by Brita, the price of which AC Services again has no control over. At present, the filters remain at the same price but due to the ongoing devaluation, there is a strong likelihood that prices could increase. Given that inflation is now also rising from 2.6 to 2.9% pa

So the smart move is to check your stock levels. Buy today to help us, help you to benefit tomorrow on cleaning products for your Rational ovens and keep your costs low.