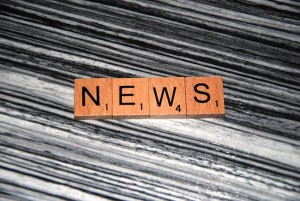 This week has seen storms batter the UK, with Storm Bronagh wending its way across the isles with gusty intent.

Mince pies have been spotted in the shops and some stores have already set up their Christmas stock. Light yoghurt has been removed from WeightWatchers no-sin list. The oldest cheese in the world has been found in Egypt dating back 3,200 years.

Meanwhile closer to home, it has been revealed that South West food and drink exports have reached £838m which is very good news for the region.

Unsurprisingly, seafood has been the biggest export at £176m with dairy products the second most popular at £147m. Oil seeds and oleaginous fruits, including nuts and olives, showed the largest increase of any food and drink product, up 26% to £17m. This represents an increase year on year of 8.7%.

Paul Shand, head of exports in the South West for the Department for International Trade, said: “South West food and drink producers are rapidly developing a reputation around the world for their high quality food and drink.” It goes to show that the food and drink industry is thriving and despite the uncertain economic background, people are still demanding quality food from reputable sources.

In Wales, there are also a few pats on the back with Welsh food and drink businesses triumphing in this year’s Great Taste awards, proving once again that food and drink from Wales has a deserved reputation for quality and taste. A whopping 153 products from Wales, from independent artisan producers to larger distributors, were recognised in the awards, with 110 Welsh products achieving one star, 31 getting two stars and 12 being deemed worthy of the three-stars accolade.

Described as the Oscars of the culinary world, Great Taste is organised by the Guild of Fine Food and is the acknowledged benchmark for fine food and drink. Among the winners were Forte’s Ice Cream’s mascarpone and caramelised fig ice cream and organic Zambian forest honey from Tropical Forest Products.  The latter was the first company to import organic honey and beeswax from Africa, nowadays importing honey and beeswax from forest beekeepers in Zambia, Ethiopia and Cameroon. Apart from the delicious flavour, the company’s development work makes a change to the livelihoods of beekeepers and their families, and ensures the continued protection of the forest by the local communities who benefit from them.

Finally, a Somerset restaurant has been named the best in the whole of the South West, a nice surprise for the restaurant during its 25th year. The New Farm Restaurant in South Petherton stormed to two major awards: Best South West Restaurant and No 1 Place to Go – the latter being the biggest award of the night.

John Sheaves, chief executive of organisers, Taste of the West, said: “We are absolutely delighted with the response from the South West’s food and drink industry to our awards programme this year. These awards underpin our core values and strengthen our regional brand, a brand which is attracting considerable interest from new markets.”