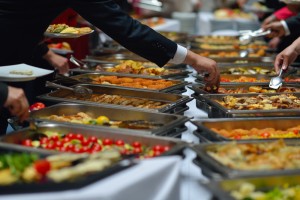 Innovation has been rife in the food industry throughout 2016 and in the South West, new products have been delighting discerning diners. As it’s almost Christmas 2016, let’s start with a festive offering. Warrens Bakery’s Mince Pie Pasty went viral after a hugely successful trial last year and this year, the bakery is back with the Mince Pie and Custard Pasty. Described as the world’s oldest Cornish pasty makers, Warrens Bakery has a reputation for tradition. It recently launched its exclusive artisan bread range as proof that the company is continually striving to evolve. Master baker Jason Jobling said, “We have made the pasty using rough puff pastry, filled it with specially selected mincemeat and a vanilla custard and have crimped it in the same way we would a savoury pasty. It’s glazed and topped with a cinnamon and sugar blend for extra crunch.” All pasties are hand filled, hand crimped and handmade.

What goes well with a pasty? A real ale, of course! Emal Brewery is the third business venture of husband and wife team Emma and Alex Phillips. It is a newly formed family run brewery supplying three uniquely branded ales; Isca Gold, Legio and Castra. Influenced by the historic Roman city of Exeter where the brewery is located, these new beers are available in both nine gallon cask and bottles if preferred. “An easy-drinking golden ale balancing a touch of caramel sweetness with a gently bitter finish and a fruity hop aroma” is the description of the Isca Gold. On to ice cream! We may not be experiencing the weather associated with a 99 down on the beach, but Salcombe Dairy has created a range of Christmas flavours, including Christmas Pudding ice cream. It comes with an indulgent brandy butter ice cream topping and is shaped like a traditional pudding…what better way to finish off a Christmas meal. The ice cream is made using fresh full cream milk and double cream, locally sourced, which is then combined with brandy, dried fruits and mixed spices. Interestingly, Salcombe does not homogenise its ingredients, instead using a seaweed compound (alginate) as an additive to emulsify the dairy fats.

Again on the festive theme, Christmas pudding organic yoghurt has been launched by Brown Cow Organics.  The company introduced a 155g Christmas Pudding flavour live organic yoghurt into their multi award winning range of organic yoghurts. This is a limited edition flavour which came onto the market only last week and which represents “a seasonal artisan dairy twist to the most traditional of Christmas desserts”. And when you are fed up of gorging on turkey and all things that have made Christmas 2016, reach for Dorset Cereals’ new range of premium mueslis. The company is aiming to rejuvenate the concept muesli with the launch of two new Bircher mueslis, a breakfast dish that originates in Switzerland. The manufacturing process includes “soaking raw oats and grated apple overnight in juice and yoghurt, creating a creamy kind of muesli”. AC Services loves showcasing innovative food producers from across the South West and South Wales. Wherever you look in our region, you’re sure to find someone producing some unusual food or drink not just for Christmas 2016, but the year round.
Published Date: 22nd November 2016
Category: Blog, Catering Business, News
Tags: Catering business, Food producers