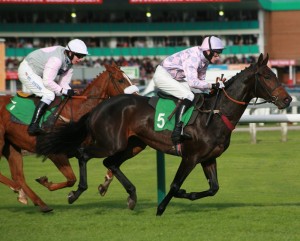 So here we are, a quarter of the way through the year and the spring events calendar is still intriguing.

In sport, Barcelona have shown that they have the power to overcome with a stunning unexpected 6-1 win over Paris St Germain to reach the quarter finals of the Champions League. While England move onto the edge of back to back Grand Slams with a visit to Ireland to seal it.

For golfing fans, April 3 signifies the start of the Masters Tournament in Augusta, USA. The Tournament was first played in 1934 and has been an eagerly viewed sporting favourite ever since.

For those who like facts and figures, Jack Nicklaus has the most Master victories, chalking up six wins between 1963 and 1986. The youngest winner of the Masters was Tiger Woods, who was 21 years, 104 days old when he won in 1997 and the youngest entrant was Guan Tianlang at the tender age of 14 years and 5 months.

April 8 is a massive day in the horse racing calendar when punters try their luck on the Grand National at Aintree Racecourse. This National Hunt race is a handicap steeplechase over four miles 3½ furlongs, with 30 fences over two circuits. First run in 1839, it stirs the nation like no other horse racing event, with millions spent on betting for the race.

If you fancy something a little more interactive and local, try the Dawlish Walking Festival  21 April to 1 May. The festival is organised by Destination Dawlish, a partnership project aiming to encourage more walking and cycling in and around Dawlish. The walking schedule includes long rambles as well as short explorations.

Or how does a spooky walk through Cheltenham sound? Cheltenham Ghost Tour  takes place on Friday 14 April. It is one of the events that the town has put on for locals and visitors. The darker side of Regency Cheltenham will be revealed, with tales of “unexplained supernatural events such as spooky maids at one of the town’s major hotels, murderous butlers, Cheltenham’s very own Jack the Ripper suspect, and tales of witchcraft from further afield in the Cotswolds!”

If, however, you prefer something a little less daunting, then there’s always Dinosaur Quest, taking place at Kents Cavern Prehistoric Caves, Torquay. From 1 to 23 April, there will be cave tours all day every day with lots of Easter activities.

With Easter coming up, there are plenty of events to choose from. These include Agatha Christie’s home, Greenway which will be opened up for a Cadbury Egg Hunt from 1 April. Clues will be given to point you in the right direction to gain chocolate treats.

Spring is in the air and caterers, pubs, restaurants and event hosts are gearing up to welcome the public. If you are a caterer, then make sure that your kitchen appliances are in full working order. Book a service with AC Services and have peace of mind that your equipment is in the best working order to satisfy demand. And then why not promote your own spring events.