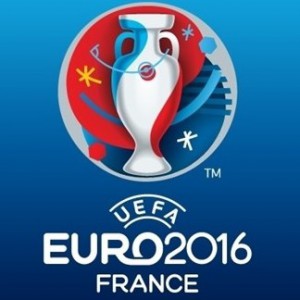 It’s only just over a week to wait until the summer of sport kicks off with the Euro 2016 football tournament on 10th June. The next major global event is in August with the Rio Olympic Games. As usual, the supermarkets have been the first to alert the expectant British public with point-of-sale displays popping up everywhere, with a glut of useless, but must-have paraphernalia to complement the beer and food deals. Incidentally, for those collecting the Panini sticker book, it has been calculated that it would cost over £600 to fill an entire book and that’s without duplicates!

For both England and Wales fans, the 2016 Euro tournament starts in earnest on Saturday 11th June at 5pm, when Wales take on the Slovakian team in Bordeaux followed by England battling it out in Marseille against Russia at 8pm. The crunch match will be 16th June in Lens, when the two home teams face each other. The final matches will take place on the 20th June. Will the outcome affect the voting outcome in the EU referendum a few days later? Only results will tell. Marcus Rashford, Harry Kane and Jamie Vardy are the men expected to do their duty alongside the more experienced Wayne Rooney, Theo Walcott and Joe Hart. Coach Roy Hodgson says “he is not afraid to give youngsters a chance” which is why he has included 18 year-old Rashford in the squad. Let’s hope he doesn’t have as much cause to regret it as Sven-Goran Eriksson did with Walcott, a decade ago.

The tournament concludes on 10th July but for die-hard sports fans, the summer of sport continues with an extra treat. The Road to Rio is almost at its destination and 5th August sees the opening ceremony in Brazil for the 2016 Summer Olympics, officially known as the Games of the XXXI Olympiad. For lovers of statistics, a record number of countries are taking part in a record number of sports. Kosovo and South Sudan are competing for the first time and there are more than 10,500 athletes expected to turn up. Newly-introduced events include rugby sevens and golf, with the events spread across 33 venues in the host city Rio and at five venues in São Paulo, Belo Horizonte, Salvador, Brasília and Manaus. Rio will go down in history as the first South American city to host the Summer Olympics and these are the first Games since 2000 to be held in the Southern Hemisphere. The success of the infrastructure will only be seen when the athletes and visitors start arriving but a massive urban waterfront renovation project has been ongoing. This includes 430 miles of public networks for water supply, sanitation, drainage, electricity, gas and telecoms; 2.5 miles of tunnels; 43 miles of roads; and three new sanitation treatment plants. It is hoped that historic civil disturbances, the Zika virus and Rio’s notorious gun crime history will not affect visitors’ enjoyment of the Games.

All eyes as usual will be on the elite track athletes, with the viewers’ favourites including Mo Farah. Greg Rutherford, Jessica Ennis-Hill and the mighty Usain Bolt. Rowing, swimming and cycling are a good bet for the British contingent, after a mighty medal haul four years ago in London. Eton Dornay became a household name when GB’s rowers won four gold, two silver and three bronze and hopes are high for Rio. Between 2013 and 2017 the sport has received the biggest proportion of UK Sport funding, a whopping £32.6m. If you are catering for the 2016 Summer of Sport, make sure your Rational ovens are serviced and maintained regularly before the events start. The engineers at AC Services (Southern) are always ready to come out and repair any undue mishaps but pre-emptive measures are highly recommended. An emergency call-out during a crucial England or Welsh penalty shoot-out may not be fully appreciated.
Published Date: 31st May 2016
Category: Blog, Events, News
Tags: Events, Ovens, Pubs