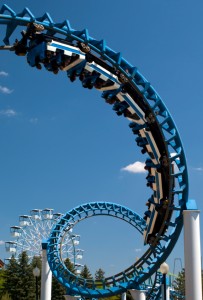 We as a nation love theme park attractions. We visit them in droves during the open season and enjoy whatever they offer, be it rides, thrills or simply aesthetic architecture.

During the summer season, we cannot rely on the weather to be clement enough for us to spend a day at the beach so for many, the welcome attraction of a theme park or other local venues is quite literally, a port in a storm.

Amusement parks are popular destinations throughout the world generating billions in revenue for the relevant countries and operators. The largest and most profitable is beyond doubt the Walt Disney Company with more than 16 billion U.S. dollars in revenue from its parks followed by Universal Studios Theme Parks.

Although the UK is unable to compete on such a scale, the amusement parks that we have see significant visitors annually. Alton Towers competes with Thorpe Park and Drayton Manor Park as the leading theme park attractions in the UK. In 2016, the most visited free attraction was, for the ninth consecutive year, The British Museum with nearly 6.5 million visitors. This was closely followed by the National Gallery which had more than 6.2 million visitors and the Tower of London topped the list of paid-for attractions with 2.7 million visitors.

Going to the Zoo

Interestingly, Chester Zoo experienced its highest ever ranking, in second place, with nearly 1.9 million visitors and this seems to be a new trend, as a new survey from VisitEngland shows that gardens and zoos saw the most significant growth in visitors to attractions last year. The survey collected information from over 1,500 English attractions, and reported that stately houses and castles saw an increase of 7% in visitor numbers, and country parks a 4% increase. Gardens and zoos showed a growth of 8%.

According to VisitEngland Chief Executive Sally Balcombe, “there are so many outstanding attractions offering year-round experiences throughout the country and it’s great to see Brits enjoyed 2016’s ‘Year of the English Garden’. Attractions are a much loved and valuable part of the tourism landscape, adding colour and variety to the visitor experience and encouraging people to get out and explore, driving the value of tourism across the regions.”

However, if you prefer the thrills and spills of adrenaline pumping rides, then you will have to wait another five years for what is being deemed the biggest, best and most advanced theme park to hit UK shores…a theme park to rival Disneyland Paris!

London Resort Company Holdings (LRCH), is behind the idea and is planning to have the resort constructed on the Swanscombe Peninsula in North Kent to be opened by 2022. The company has stated that it would create at least “five themed areas including a cartoon circus, Starfleet Command, Action Square, Port Paramount and Entertainment City”.

If the plans are approved then the theme park would not only offer more than 50 rides but it would also come with a 2,000 seat theatre putting on shows to rival the best of the West End. Rides at the park will be inspired by Paramount Films as well as the BBC and Aardman Animations.

There is no doubt that theme park attractions bring in a fortune in revenue to the UK with caterers and catering staff comprising a major part of the workforce. At AC Services (Southern), we have a vested interest in all food and drink related issues, so we welcome the possible arrival of a new theme park.