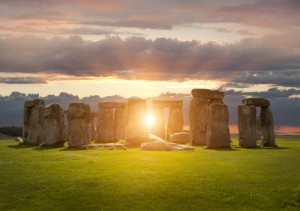 So far this year we have been spoiled rotten. Not only have we had the best run of good weather since 1976 but the World Cup has boosted the country like never before…well, not since 1990. Images of English football fans enjoying themselves have been flashed around the world.

There is no doubt that had we won the World Cup, the economy would have benefited exponentially. In the short term it has provided a major boost for pubs and clubs as people gathered to watch the games. These are the sort of in-country tourists that are often forgotten.

And don’t forget Mr Trump’s ‘I’ll Fix Brexit Singlehandedly’ tour. His controversial presence in the UK has sent pictures around the world, with people from all nations curious to see how he was received. The myriad snaps of him in Marine One on his way to iconic locations such as Blenheim Palace, Chequers, Windsor Castle and the inside of the Sun newspaper offices put the UK at the forefront of the world’s media.

Brexit looms with uncertainty as always and the ongoing value of the pound is a key variable. In financial terms, the pound remains much lower than its pre-referendum level and is forecast to continue to be weak throughout the medium term, indicating that Britain will remain a good value-for-money destination.

A spokesman from GlobalData commented: “The pound’s Brexit drop has rendered business and leisure trips to the UK more affordable, luring a growing number of European travellers.”

The UK economy has been boosted also by the emergence of countries such as Russia and Brazil from recession. China, India and much of South East Asia are continuing to grow at a rapid pace and residents of these countries are making plans to visit Britain.

Regional Success and the Future

Figures show 2017 was a record year for tourists in the South West, with South Devon particularly bolstered by a rise in tourism numbers. Some of the towns that attracted the most attention were Teignmouth, Dawlish, Salcombe and Exmouth, with 75% of visits to the website in 2017 from new visitors.

Bristol is hoping that its new museum, Being Brunel will attract more visitors. And the amazing weather has led to more and more people heading for the South West beaches.

With all indications that tourism will remain constantly buoyant over the next five years, it is an ideal opportunity for the food industry to capitalise on the current food diversity trends. Street food, pop-up restaurants and alternative food venues can help to create a Britain that can be lauded for its food as well as its locations. Catering should remain confident in its future investments to profit from tourists from home and abroad.