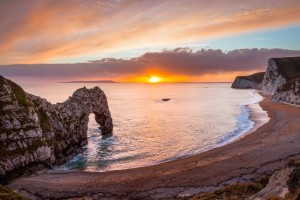 It seems that despite the negativity and uncertainty post-Brexit, tourism in Britain has done rather well out of the decision to leave the EU. The sudden currency depreciation triggered by the June 2016 decision brought sterling to its lowest level against the dollar for over 30 years. As a result, July 2016 was a record month for inbound visits from EU countries with 2.3 million visits, 3% up on last year. And the trend has continued. According to forecasts, inbound tourism in Britain will continue to be the fastest growing tourism sector. International visitors are expected to grow by over 6% a year in comparison with domestic spending by UK residents at just over 3%. In 2016, 37.6 million overseas visitors came to the UK in 2016 spending £22.5 billion. These record breaking figures represent a 4% increase in volume compared with 2015. It gets even better when compared with figures just released, that overseas residents made 3.7 million visits to the UK in April 2017, an increase of 19% when compared with April 2016.

Where Do They Come From?

France, USA and Germany were the top three countries in terms of number of visits to the UK accounting for 39% of visits. Inbound visitor spend was highest in London with 53%, the rest of England 35%, Scotland 8% and Wales 2%. Visitors from the USA spent £3bn in Britain for the first time, while visits from China, the world’s largest outbound market, increased by 46%, with spending up 18%. According to a report in the Guardian, “UK hotel chains have reported a leap in tourist spending since the vote, while the home lettings website Airbnb said its UK-listed properties welcomed 1.6 million guests between June and August [2016].”

Where Do They Go?

For the tenth year in a row, the most popular British tourism attraction was the British Museum with 6,420,395 visitors in 2016. Outside of London, the most popular attraction last year has surprised many, with Chester Zoo attracting more visitors than the likes of Stonehenge and Edinburgh Castle. The Tate Modern increased its popularity, due mainly to the new 10-storey extension which was opened in 2016, leading to an increase of 24% of visitors on the previous year. In 2016, 1.38 million people visited Stonehenge. In employment terms, tourism has consistently been the fastest growing sector in the UK, and forecasts indicate that by 2025, the industry will be worth over £257 billion. It supports almost 3.8 million jobs, which is around 11% of the total UK number. This is excellent news for an industry that has been beset with difficulties, not least the terrorism acts that have threatened to destabilise travel and tourism. The UK has always had a massive tourism potential, and has been exploiting this potential overseas. Post Brexit and the decline of the pound, it is now cheaper to come to the UK than ever before and people are taking advantage. For those businesses involved in tourism in Britain, there has never been a better time to capitalise on an enthusiastic and lucrative market.
Published Date: 18th July 2017
Category: Blog, Catering Business, News
Tags: Attractions, Catering business, Hotel, Pubs, Restaurant