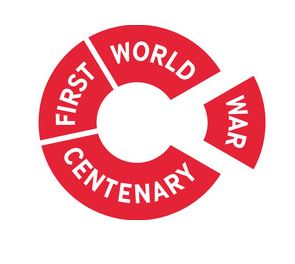 This week sees Remembrance Services and parades throughout the country as we remember the fallen in the wars. In particular, World War One is receiving special attention as these next three years mark the centenary of the event, from 1914 to 1918.

World War One was a horrific war that spread as far as China involving servicemen from Asia, North America, the Caribbean, Australasia and Africa. Although events are occurring around the South West to commemorate the war, there are some facts that may still come as a surprise.

Did you know that 12M letters were delivered to the front every week and it only took two days for a letter from Britain to reach the front in France? By the end of the war, 2B letters and 114M parcels were delivered.

And World War One was responsible for the birth of plastic surgery. Shrapnel caused so many horrendous injuries that surgeon Harold Gillies pioneered early techniques of facial reconstruction. Also blood banks were developed during WW1 when the British Army began the routine use of blood transfusion in treating wounded soldiers.

Around the country, events are taking place, including the CBA South West Home Front Legacy Day School in Taunton taking place on 14th November. Located at the Museum of Somerset, Taunton Castle, the event records First World War sites in the UK. The CBA is inviting people to this day school to find out how to use the recording toolkit and online app to get actively involved with the Home Front Legacy 1914–18 project. The day will involve course delivery, presentations, multimedia and practical demonstrations.

Knightshayes Court in Tiverton Devon is hosting an exhibition entitled Knightshayes at War: The untold story 1915-1918, which closes on 15 November. The exhibition shows the story of the estate during the First World War, when the house was given over as a VAD hospital from 1915-1918.

Stroud in the First World War: Technology and Innovation is taking place up to 29 November in the Museum in the Park Stroud , Gloucestershire, where the story of how World War One drove technology and innovation in the Stroud District is told.

Cirencester is playing host to the Women’s Farm and Garden Association’s Women’s National Land Service Corps – Centenary project. The organisation was founded in 1899 and at the outbreak of the First World War, an off-shoot was formed, The Women’s National Land Service Corps. Over 20,000 women registered in the early years of the war, and it was later developed into the first Women’s Land Army.

Finally, if it’s your thing, get down to the Tank Museum in Bovington, Dorset where the exhibition, Warhorse to Horsepower is on until May 2019. This exhibition will “form the cornerstone of The Tank Museum’s commemorations of the conflict that changed the world.” The exhibition is showing the original vehicles and model horses.